Back to the STARTing Board

It’s been in the tech news. It’s been on the nightly news. When a company like Microsoft makes major changes to the Windows operating system (OS), an OS that 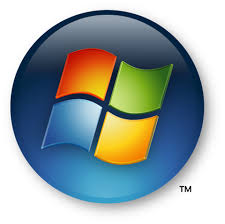 dominates the business and enterprise market share, there’s bound to be heartache.

Windows 8 was released in October 2012. Less than one year later, Microsoft is issuing a software update, Windows 8.1, to address an outpouring of user complaints and frustrations. Windows 8 was the most drastic change ever to the widely used operating system. It featured a more visual, touch-centered design more apt to rising mobile device usage. It changed the very fundamental environment of the Windows landscape by replacing the traditional desktop with a start screen of tiles/apps. The interface is much more scalable across a multitude of devices.

With such a drastic change, a number of criticisms and complaints is expected. However, the user community came out in force to lambaste Windows 8, likely more than Microsoft anticipated. The main and legitimate concern for businesses has been the radical changes made to the user interface and its impact on productivity.

Many people ask us what we think of Windows 8.

Daystar began testing the operating system last fall. Many of us use the OS now on our desktops and tablets. While we found a lot to like in Windows 8, there are challenges that would prevent you from jumping onto to the new OS anytime soon.

On the plus side, performance is superior. Virtually all of Daystar’s engineers who tested and use the new OS report that the difference in speeds between Windows 7 and 8 is noticeable and significant. In addition, Windows 8 includes improved security features to make browsing the Web and downloading apps safer.

On the flip side, Windows 8 requires user training. There is a huge learning curve to utilize the system in a practical or effi cient manner. The OS also features two modes: the metro, tablet-like feel and the more traditional desktop. Accessing the desired mode and moving between them is confusing. Although some of our engineers loved the emphasis on the use of hot keys to quickly maneuver through Windows 8, they also conceded that this still requires the user to actually memorize those hotkeys.

Did we mention that it’s not intuitively user friendly?

Our take is that the current Windows 8, even with the improved performance and security features, is more suitable for tablet users. Daystar advises desktop users to be aware of the major diff erences in user experience prior to making a shift to Windows 8. (If you’re having trouble obtaining a new PC without Windows 8, let us know…we can help!)

Microsoft just released the preview version of the Windows 8.1 update and, from our initial research, it seems that they have taken user comments into account. The update will feature usability improvements, most notably the return of the Start button and the ability to boot directly to the desktop and bypass the tiles.(However, it should be noted that the Start button doesn’t actually bring you to the Start menu; it simply leads you back to the Start screen.) 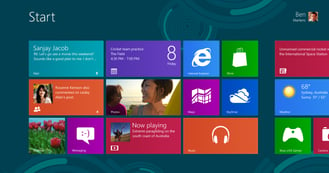 It sounds promising and we look forward to testing it fully once the official upgrade is released. The final update is scheduled to be available in late August.